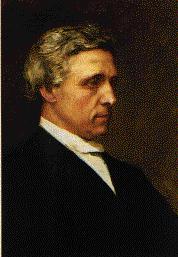 Lewis Carroll’s Wonderland and Through the Looking Glass are many things to many people, and they serve well as a series of amusements for children and allegories for adults, but they also serve as memorable illustrations of the basic lessons of Aristotle’s logic and ethics, as a set of absurd characters that children can remember and adults can enjoy that verbally and visually display playful engagement with serious lessons and forms, including both ancient Aristotelian and modern Boolean forms of logic that Carroll, mathematics professor and logician, knew well.  Carroll owned and wrestled with the work of Aristotle, Boole, De Morgan and others as a logician in the years before and after telling Alice and her sisters his stories, and he developed a system for visually teaching forms of logic in the years after publishing his books about Alice.

If Carroll included forms of ancient and modern logic in his books about Alice, then he possibly used Aristotle’s ten categories, which Carroll knew well from the first book of Aristotle’s works on logic, to order the events and characters of Wonderland and the Looking Glass, in the order Aristotle himself listed them in the Categories, but backwards, in reverse order, as if in a looking glass or from the perspective of a child looking up to an adult, from lowest to highest, up from child of passion to adult of substance, in Wonderland from worried rabbit to king with tarts and then in Looking Glass from taunted pawn to queen of a banquet. 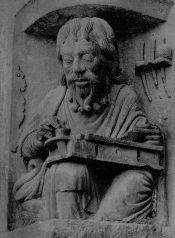 If we interpret the books as illustrations of Aristotle’s ten categories, along with many other forms of ancient and modern logic, politics, ethics, philosophy, history, and mathematics that Carroll interwove throughout the books, many things in the stories correspond and make many sorts of sense.  If Carroll included forms of logic in his published Wonderland and again in his Looking Glass, Aristotle’s ten categories could be the most important and central example of this, as their order can be found throughout both books and is possibly central to their structure and plot.

If so, in Wonderland the White Rabbit is passion, the Mouse is action, the Dodo and his Caucus Race are state, the White Rabbit’s House is position, the Caterpillar is time, the Cheshire Cat is place, the Duchess is relations, the Mad Hatter’s Tea Party is quality, the Queen of Hearts is quantity, and and the King of Hearts is substance.  In the following sequel, Through the Looking Glass, corresponding chapter by chapter numerically with Wonderland, the Black Kitten is passion, the Red Queen is action, the Train is state, Tweedle Dum and Dee are position, the White Queen is time, the Sheep is place, Humpty Dumpty is relations, the Lion and Unicorn are quality, the White Knight is quantity, and the Queens’ banquet is substance.  Consider how the text makes sense in light of the reverser order of Aristotle’s ten categories, first through the course of Wonderland and what this could teach Alice, and then mirrored and balanced in the sequel.

In the first chapter of Wonderland, Alice is bored, falls asleep, and dreams of the first character, the White Rabbit, who is passionate, upset and late to meet his superiors, and Alice follows him down the Rabbit Hole without a thought of how to get out, blindly following her passion.  She falls down into a banquet hall, and sees a golden key on a glass table with three legs that fits a door to a beautiful garden, but she is either too big to get through the door or to small to reach the key.  As a child, Alice is too passionate and extreme one way and then the other to grasp the golden key, the balance between extremes Aristotle teaches as central to his ethics, what some call the Golden Mean, which includes balance between ourselves and others, taking the smaller individual perspective of ourselves and the larger social perspective of others. 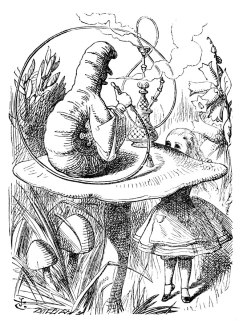 Alice does not solve this problem now, but returns and solves it after she has spoken to Time, which the Hatter thinks Alice hasn’t.  Time, the Caterpillar, teaches Alice patience, to tolerate time and change in ourselves and others, and gives Alice the mushroom after she shows him she can be patient which allows her to change and balance between the smaller and larger positions, which gets her the key, out the door and into the garden.  Unfortunately, before conversing with the Caterpillar, Alice is a child who hasn’t yet learned the lesson of patience and tolerance over the course of time through discourse with others, much like the Hare and Hatter are rude and don’t plan well for the future, as Time refuses to move for them.

In the hall, following the passion of the White Rabbit, Alice cries and creates a Pool of Tears that sweeps her out of the enclosed hall and into an open ocean of emotion, which ends the first chapter.  The Mouse, swimming in the pool and then away from Alice, is action, reacting to Alice’s passion for her cat, which shows she still lacks the perspective of others and balance.  Alice also acts and reacts, swimming after the Mouse, blindly acting without knowing where either is going.  Then she leads a multitude of animals ashore, a result of her action and leadership in a steady but stupid state, which ends the second chapter and introduces us to the Dodo.