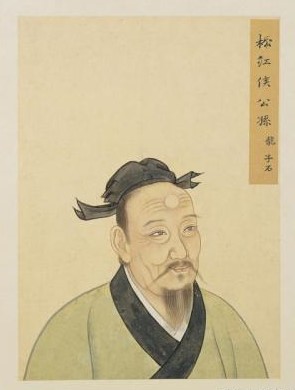 Gongsun Long (325-250 BCE) was famous at debate during the Warring States period, and he hated the terrible state of language, used in deception and lies by warring parties.  It seems, like Deng Xi and Hui Shi, that Gongsun Long decided to cynically show the holes and blind spots of words and language rather than give us principles to live by, as Xunzi the Confucian, who believes in rectifying the names, clearly hates.  Gongsun Long stayed with the aristocrat Ping Yuan of Zhao, where he met Kong Chuan, a Confucian, who offered to study with him if he renounced the white horse argument, but Gongsun Long said he would not, as this is what he is known for, and without this he has nothing to teach.  This suggests most if not all of what he saw is found in this and the other paradoxes, namely pointing to this or that, but not all, with language.

Gongsun further tells him that the King of Chu lost his bow on a hunt, but when his servants offered to search and find it, the king nobly said that a man of Chu had lost a bow, and a man of Chu would find it, meaning as long as someone of his kingdom found and used it things are fine as they are, men of Chu interchangeable in his eyes.  Confucius heard this, and criticized it, saying that the king should have said a man, and not a man of Chu, as the king should have included everyone outside of Chu in his statement.  Gongsun Long asks the Confucian, if a man and a man of Chu are not the same thing to Confucius, are a horse and a white horse the same thing to the Confucian?  Kong Chuan had no reply.

Gongsun’s writings are now lost, but his infamous A White Horse Is Not A Horse argument lives on. Many say that this argument is faulty, but if we follow the thinking of the Daoists and Hui Shi we can see that they are quibbling, and Gongsun is showing us the two types of is, the two found on the top and bottom of Aristotle’s Square of Opposition. Gongsun does not mean that a white horse is not in any way a horse, but that saying “a white horse” is not the same thing as saying “a horse” when we use the words in a situation. He argues that if one brings a yellow horse, it would not fit the description “a white horse” but it would do fine for the description “a horse”. The two are thus different sets and are not identical though one set is a subset of the other.  This again follows the mountains and marshes on the same level logic of Hui Shi.

Consider that you are your finger, but you are also not simply your finger. If we use “is” in terms of strict identity (like Clark Kent is Superman) then your finger is not you because you are much more than a finger. However, if we use “is” to mean a part incorporated within a thing (like a tree is green, or trees are green things) then your finger is you because it is part of you.  If Batman is blue, and my car is blue, this doesn’t mean my car is Batman. Bill Clinton famously tried explaining this as a lawyer with his “that depends what your definition of ‘is’ is”, which did not gain him much sympathy. Being an individual human, you are and are not humanity. In fact, you are only one human out of quadrillions so far, so you are not very much of humanity at all, but what are you more than a human?

In searching for images of Gongsun Long online, I found these brilliant comics from cowbirdsinlove.com:

The last comic is quite inventive, a paradox of the School of Names sort, but not one they use.  The choice between two people, any two, cannot itself be elected to office. Only a single person can hold office, not an open A or B, which is brilliant.