Buddhism reached Japan at least by 552 CE, arriving with a Chinese missionary group of monks and nuns carrying texts and ritual objects with them, though some Chinese scholars argue that it spread earlier.  Just as in Tibet, Buddhism arrived as Japanese culture was gathering itself into a coherent whole, receiving much in addition to Buddhism from China and Korea.  As in Tibet, older shamanic traditions blended together with Buddhist culture to create Japanese culture as it was just beginning to be written down and given a stable form. 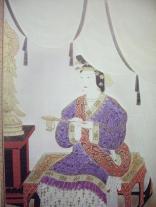 The first empress of Japan, Empress Suiko, ruled from 593-628 CE.  Already a Buddhist, one of the first Buddhist rulers of Japan as well as it’s first (historically recorded) female rulers, Suiko promoted Buddhism from the beginning.  Suiko, much like Empress Wu from China, the only empress to rule without an emperor in Chinese history, promoted Buddhism to legitimate her reign.  Empress Wu began her reign in 655 CE, twenty five years after Suiko’s death.  For a female ruler, Buddhism was a much better alternative than Confucianism, which prescribed male rulers of households as well as empires as the well being of the state.  Both empresses were important for the spread and popularity of Buddhism in their lands, the places where Buddhism thrived the most as one of the most popular forms of human thought in history.

Up until the establishment of the Shogun in 1185 CE, the central ruler who administered power through the samurai local lords, Buddhist monasteries became the central source of political power in Japan.  In spite of the fact that the first of ten vows taken by monks and nuns is to refrain from killing, some monasteries and temples created armies of warrior monks, sohei, who fought in battles between rival factions as well as investigated supernatural phenomena.  Many wore samurai armor and fought with a great variety of weapons.  They also often wore, unlike samurai, a white or yellow cloth covering the face and head, an adaptation of monks’ robes. 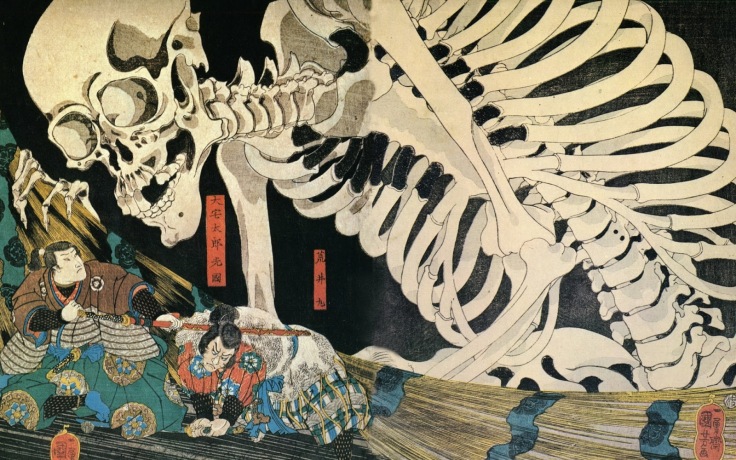 Basho (1644 – 1694 CE) was not a Zen monk, but he did practice Zen meditation and Zen influenced his haiku poetry.  He is revered as the greatest haiku master, and many of his poems reflect the natural simplicity of the Japanese Zen tradition.  His most famous poem, the first below, reflects this well, as well as the others that follow.

The old pond; A frog jumps in; The splash of the water

In the morning dew; Dirtied, cool; A muddy melon

A day when Mount Fuji; Is obscured by rain; How interesting

The glory of the dawn; This too cannot be; my friend

You are the butterfly, and I the dreaming heart of Zhuangzi.

One final modern Japanese figure to mention is Nishida Kitaro (1870-1966), a philosopher and Zen practitioner who founded the Kyoto School of philosophy in Japan by comparing Zen and the Buddhist tradition to German philosophy, particularly the existentialism of Nietzsche and Heidegger.  In his book The Self Overcoming of Nihilism, Nishida argues that German and French existentialists have a preoccupation with the emptiness of existence as a negative, meaningless and frightening thing, and that Buddhism and Zen have gone beyond this to affirm the positive abundance and richness of the emptiness and void.