Wittgenstein’s Tractatus: The Board Game

With this structure alone, we can exhaust all the connectives we use in formal Sentential Logic the way Wittgenstein envisioned it in his Tractatus and set it with truth tables.  First, AND puts pieces on the board, including them together, but it could also, in combination with NOT, take sets of pieces off the board, adding them to the possibilities currently false rather than those currently true.  NOT takes pieces off the board, or adds them if it is tied up with other NOTs. OR considers pieces, involved with whether or not pieces are moved on or off the board, completely indeterminate by itself, but determinate in combination with pieces added to or dropped from the board with ANDs and NOTs. 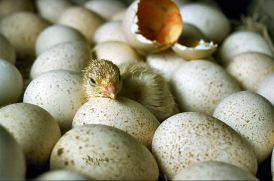 IF-THEN connects pieces possibly on the board together, such that one should lead to the other.  Sluga argues that there are connections between things in the moment, such as speciation, with all men being mortal all at once or always, and connections between things over time, such as causation, with one thing leading to another.  If the game changes with the possibilities over time, the first would be statements about the relationships between pieces at the same time, and the second different times.  Bivalence, IF-AND-ONLY-IF, would simply state the relationship is reciprocal, working both ways, which would work with speciation and causation in a chicken-and-egg situation, where two things lead to each other circularly over time, again and again.