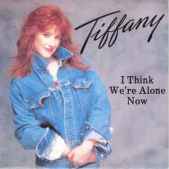 Tiffany once rigorously speculated that she thinks we’re alone now, and that there doesn’t seem to be anyone around.  Kierkegaard said God has left us wonderfully and horribly free, and we are continuously faced with the individuality of untethered existential freedom.  Both agree that there doesn’t seem to be anyone around, but Kierkegaard accepts the role faith plays in the projection of all desire, belief and action in an undefined, changing world, while Tiffany remains staunchly agnostic, refusing to say whether or not there seems to be someone around, or whether or not we individuals can achieve either faith or certainty in any way that brings us collective closure.