The War of the Bucket 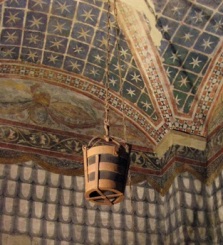 In the years before the Renaissance, Italy was divided into warring city-states, some which supported the Holy Roman Emperor, such as Modena, and some which supported the Pope, such as Bologna.  In 1325, after hundreds of years of bitter fighting between the two, some Modenese soldiers slipped into Bologna and stole an oak bucket from a public well.  When Bologna demanded they give it back, Modena refused, so Bologna attacked with an army of over thirty thousand.  Two thousand were killed, and Modena still has the bucket today.  Centuries later, the poet Tassoni wrote a mock epic about the war: La Secchia Rapita, the Stolen Bucket.