I have been having incredible discussions with my friend and coworker Justin Lipscomb about nothingness, and the role that it plays in Buddhism, Daoism and Heidegger. 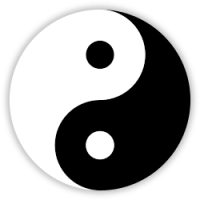 Nothing is not nonbeing.  Nothing is nothing at all, unlike anything and unconditioned, while nonbeing is a particular sort of not-being.  For example, a possibility is something that as yet is not, but it is that not-yet in a particular, understandable way.  Nothing, in contrast, is not understandable, as it is nothing in particular.  Similarly, freedom is different from chaos, as freedom means one has choices which can be distinguished from each other, while no clear choices can be distinguished in chaos.  Freedom means we can make wise or foolish choices.  Chaos, like nothingness, removes all clarity and thus all choice. 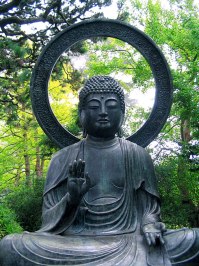 Much as Buddhists argue that the self we think about when we are self-conscious and self-critical is not our actual self, but rather a self-concept, our concept of nothingness is not nothing itself, as it is a particular sort of thing, a concept we can name and share.  Nothingness cannot be conceived of apart from anything else, nor can it truly be named.  Our concept of nothing is actually a particular type of nonbeing, like a possibility or potential, as we can name it and distinguish it from other concepts.  We often conceive of nothing as dark and empty, much like a child in a dark room, but nothing is neither dark nor empty, as it isn’t anything in particular.  Nothing is neither dark, nor light, nor a shade of grey in between. 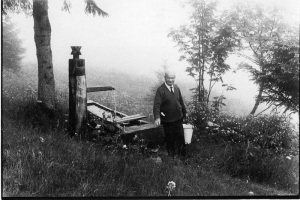 For Heidegger, we can live authentically insofar as we can face change, death and the horizon of time, because nothing is just over the horizon.  We do not know what change, the future or death will bring, for ourselves or our world with all of its meaning, and so nothing looms as the indistinguishable.  When our routines are interrupted, we are faced with anxiety as our possibilities and choices disappear and cannot be distinguished.

If we embrace change, anxiety becomes enthusiasm, and all sorts of new possibilities open up before us, but this requires that we accept change, death and the passage of time rather than run from them.  One cannot run from the horizon, as it always remains with us.  If we accept the presence of nothing and the indistinguishable into our lives, all sorts of nonbeing, possibility and change open to us, such that we can choose how we want to live and we know we are making a choice.  The chaos of anxiety becomes the freedom of authenticity.  What at first seems like the end of all possibility is itself what makes possibility possible.