Neither Watchmaker Nor Watch

In the New York Times editorial God, Darwin and My College Biology Class, David P. Barash argues that evolution and religion are difficult to reconcile.

Whether or not this is true, Barash says William Paley’s watchmaker argument has been shown to be bunk given natural selection, but then concludes the paragraph saying that living things are an “entirely mechanical phenomenon“.  Many have noted that we are substituting modern mechanical metaphors for ancient mind metaphors, such that we look at the cosmos as a machine rather than as a cosmic mind with a plan.

The odd thing is that machines are all intelligently designed, which is the opposite of what Barash is arguing about life and evolution.  It would be more accurate to say that the diversification of life is itself a tree, given that it appears to be one far more than it does a watch.  Ancient people thought trees have human-like minds or “spirits”, which many modern people consider to be foolish animism, but we are replacing that with unrecognized, unselfconscious metaphors ourselves. 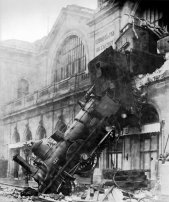 We are still portraying the world in human terms, viewing it as if it is like ourselves, but we now interact with more machines than people, which I sadly recognize as I talk to you through this textual device.  People used to think the world was a parent, and now they think it is a machine, which is sad because it need not be either at all.  It seems that people used to have their lives shaped and given order by personal interactions, and now have their lives shaped and ordered by a whirling din of mechanics, each device itself intelligently designed but the whole interaction not planned out at all.

One thought on “Neither Watchmaker Nor Watch”